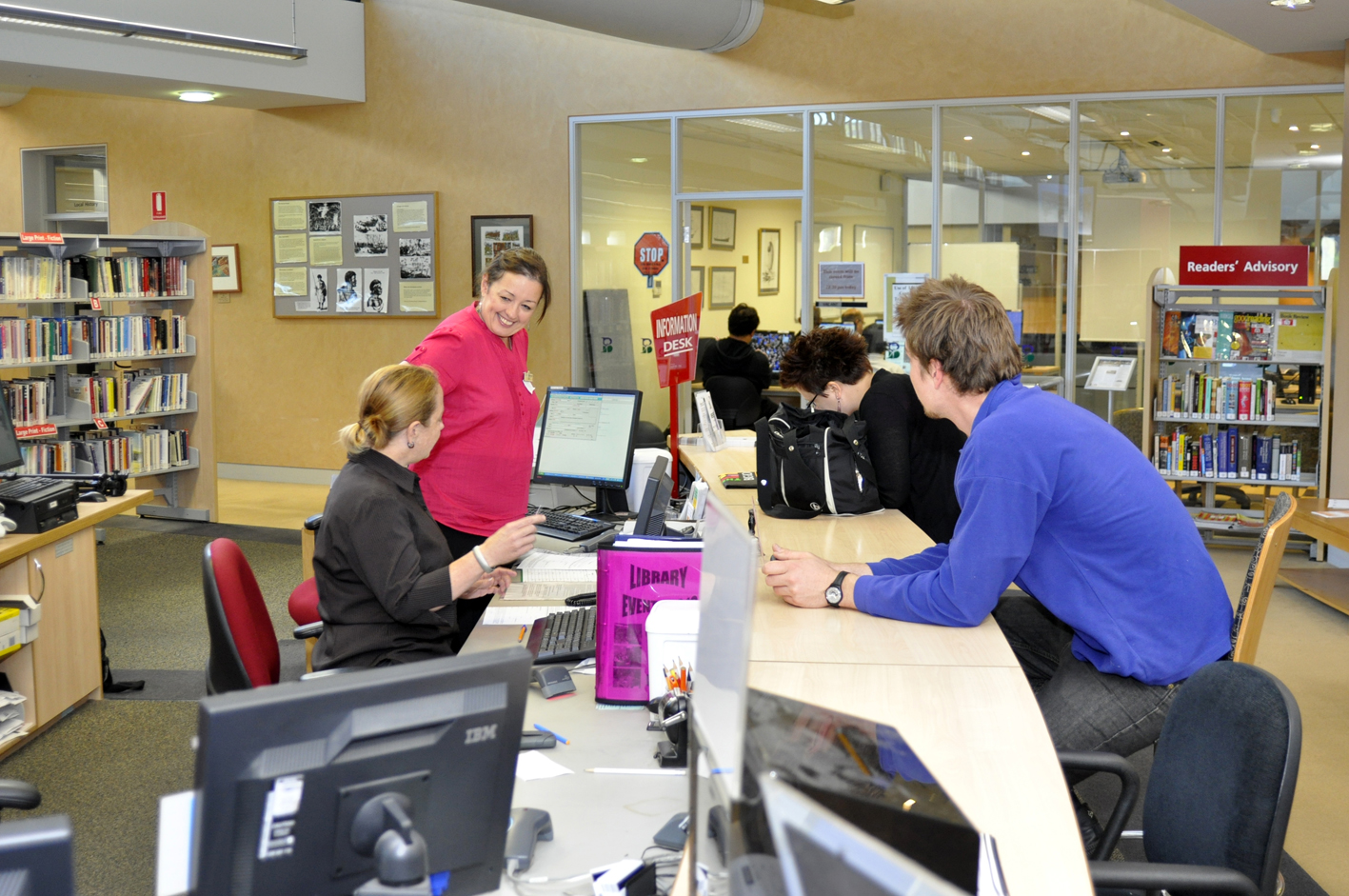 To be a librarian, one should have an all-round education, refined tact, and intuition. A librarian acts as a metonymy of an adviser that points the users in the right direction, but at the same time leaves them complete freedom of choice. Under the premise that every incidental passer-by is a potential library user, it is important to try and carry out a needs analysis that would encompass all reading individuals in the area covered by your library. From there, finding the most efficient types of services as well as following current trends on a global level is an additional challenge for working within the local community.

Among librarians, the story exists that a book that is almost falling apart recommends itself, the history of it being read is evident from its condition, but the readers themselves are also an excellent source of recommendation. In this sense, the idea of informal book criticism evolved. When trying to find the reasons for why young people don’t read, the first reason is usually the lack of free time that is allocated to reading. In addition to going to sports, dance and other activities, the young like to spend their free time on social media and the Internet in general. Video presentations of books are becoming a valuable solution to point them in the direction of books.

In order to make books and reading popular, we started an experiment through the activities of a project called Kreativna konzumacija kulture (Creative Culture Consumption), with the idea that culture should distance itself from the position of not being appreciated and forgotten, and return back to becoming a need. The project has been flourishing since 2015 and is running at the Public Library “Filip Višnjić” (https://bibliotekabijeljina.locloudhosting.net/). It looks like the solution to this problem is finally in sight. Under the leadership of Jelena Kalajdžija, a reading club is held for primary and secondary school students once a month. 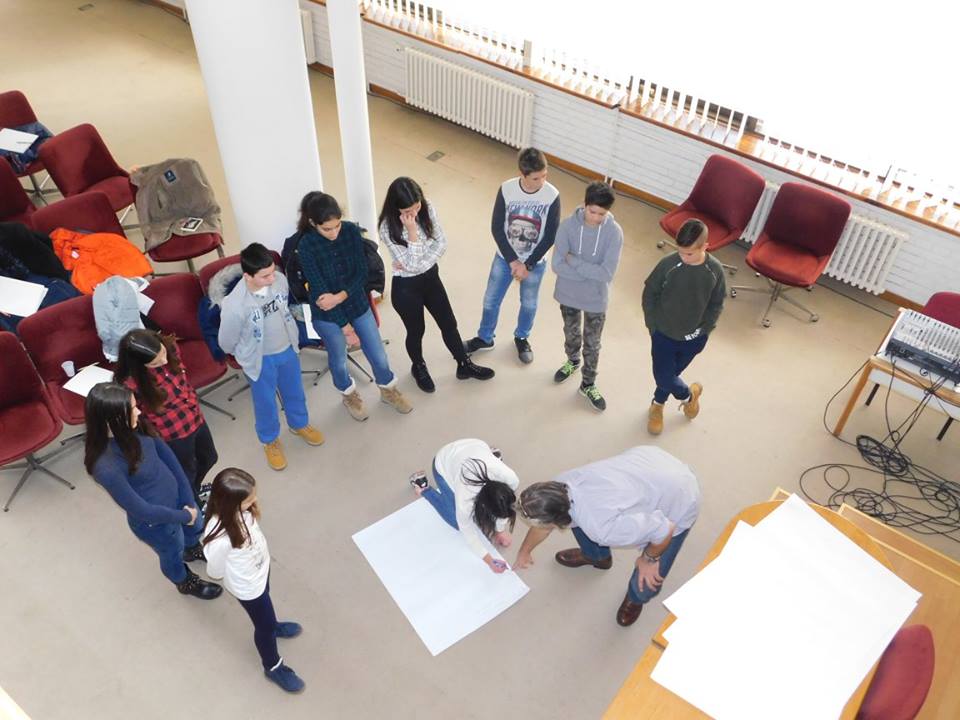 The project 3K Čitalište (Creative Culture Consumption Reading Club) is based on the project „Književni klabingˮ (Book Clubbing) in Novi Sad and enables book-lovers to exchange their reading experience and opinions on books they pick out together. The users come to the library once a month to be a part of a reading club. At every meeting, they discuss the book they just read and pick a new title for the following month with the help and suggestions of a librarian. They all read the same book. Bearing in mind that this is a critical time to interest the young in books in standard form but also quality reading in general, the members of this club, after their discussion, organise a filming plan to make a video presentation of the book they just read. The aim of the filming is popularising reading on a global level as the materials are placed on the project’s YouTube channel and then shared on social media. In accordance with the filming plan, depending on each book and the complexity of the filming plan, the students come to the library for consultations, filming equipment, to film something on location, and to download the uncut material to the library computer, and later on, edit it and upload it online. Once the content is finished, all video presentations are catalogued in the COBISS system as non-book material.

The long-term relationship with and adjustment of books in classic form to modern technologies came up with a trailer as the perfect solution. Following the students when creating the trailers also showed results related to the way people read. The analysis of evaluation sheets after the meetings showed that how people read changes when they read with a certain task in mind. A trailer shows a new face of such reading as it requires imagination in images that have to be converted into a filming plan or should be made more concrete in a prescribed way. A film plan can be organised in the form of a table that simultaneously shows which shots and which text should be shown either in written form or read and from which perspectives to which music background.

A well-written text must follow the rules of correctness, clarity, brevity, precision and relevance. These rules must also be followed when creating a book trailer, so that the message is clear and interesting and encourages the potential reader to read the described book.

A book trailer should be short. The shortest one is only 48 seconds, and there are some that are up to five minutes long. Ideally, they should be about 3 minutes long to meet the criteria for quality communication. The parts should be interconnected to form a whole. The Creative Culture Consumption project mentor, Dušan Tuzlančić, MSc in audiovisual arts, put together instructions with the criteria that should be met by a book video presentation: elements of an advert (compliance with the genre), clearly stated author, book and publisher, and the reasons why the book is recommended. For a quality product, its expression must be clear and economical. One critical parameter is also the element of direction (feature structures or animations, activation of film language). During this segment, the students also learned about the history of films, the art of moving pictures, the Lumiere brothers, first actors, directors and films, but also modern editing techniques and video presentations and the difference between a trailer for a book and a film. An original idea and the harmonisation with the literary genre are crucial for a good trailer. The production elements were familiar to the students but were presented from a new angle: the angle of efficiency and camera use, scenography, costume design, make-up, the appropriate music chosen, as well as, as is the case of every work, citing the sources. A lot of time and effort must be invested to achieve all these things.

After a year, 24 trailers were shot to promote 26 book titles, three of which were promotional trailers for picture books to promote early reading as well as the bilingual library handbook Kreativna konzumacija culture (Creative Culture Consumption). The books included both classics and modern popular literature, both domestic and foreign, all of which were not mandatory books to be read at school.

The selection of books also included other titles, so some trailers had, as a form of additional advertising, also included some other books as an attempt of intertextuality. These were called double trailers.

The main project results are: 56 students as direct users from four primary schools, five secondary schools and one children’s club. The indirect users are the ten institutions the children are from, as well as the students’ families and friends, but also all the interested people who watched their material on the Internet, either on the project Facebook page or the YouTube channel. Other institutions from the field of education and culture also helped with filming, along with entrepreneurs from various social activities.

Making a trailer can be an ungrateful task as it can also achieve the opposite effect. Reading demands from the individual to create an experience, to imagine in his own way what the written word has to offer, so once a visualisation appears it could be either off-putting or inspirational. This is one of the reasons why this form has a narrower spectrum of availability compared to a film trailer. Without teasers, trailers and other marketing tactics it is hard to imagine for a film to appear on the market. A book trailer, published on the author’s or publisher’s website or in public networks, does not have the same marketing power as a film trailer. This is why we see its real place in a library. If new forms encourage a multimedia experience, the sensation of a book trailer is a precursor of tranquil reading. Mindful, tranquil reading is understood as reading a book in classic form, without any additional light, sound or other distractions or any other elements observed with other forms of reading or material. If the trailer fulfilled its task, the reader can decide in which form to read the recommended book: paperback or electronic, it is up to the reader’s choice and preferences.

The main task was monitoring the increase of readers achieved due to peer recommendations via new media. In the future, we will network with other libraries that also make book trailers on a common platform and compare our results, as well as continue to make books in classic form more popular in this way.

Translated from Serbian by Petra Bridges